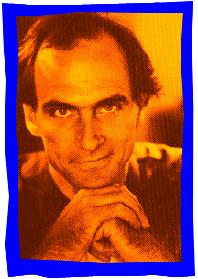 James Taylor's
Got A Friend

James Taylor doesn't use email, but someday he will - if I get my way. A friend of his told me he owns a PowerBook, but no modem. Should I ask the readers of alt.music.james-taylor to chip in for a 14.4K and a Netcom account in his name? I've thought about it, believe me.

Although we've yet to hear from JT himself, the Usenet group alt.music.james-taylor has picked up speed in the year and a half since I founded it. I have to confess, though - I founded it on a whim. I was sitting at work, skimming the monthly post to news.answers - "So You Want to Create an Alt Newsgroup" - when inspiration struck.

The instructions were amazingly simple: Post your idea for a newsgroup in alt.config, then wait a couple of weeks while Usenet administrators (and others) kick the idea around. Observing this process is an experience in itself; inhabitants of alt.config comprise a peculiar subculture within the already off-beat world of the Internet. With the heavy traffic of inane newsgroup proposals and some of the most spirited flame-wars this side of alt.flame, alt.config is one of the most entertaining newsgroups around.

If your idea is lame, or if it overlaps a newsgroup that already exists, you can expect to be informed in no uncertain terms. Or, if your idea is a new one to which people might actually care to subscribe, you'll probably be ignored entirely (which is good). In other words, if your mailbox doesn't fill up with flames along the lines of, "There's already a group chartered for shag-carpet fetishes, you twit," a simple one-line control message will start the process that announces a new newsgroup at thousands of Internet sites around the world. The rest of the process is fully automated; many sites automatically carry every newsgroup unless they have a good reason not to. Their news server will see the announcement of the new group, and add it to its list of active groups. Done.

Once alt.music.james-taylor actually existed, I fired off a charter - or description of the group's purpose - and waited to see if anyone would actually subscribe to it. After a few days with no responses, I started getting nervous. I emailed friends at other sites, and asked if the group had been established there yet. Columbia got it first. They would. There were at least 10 posts to the group already, my friend said, while my site still showed only my own post. I was learning the hard way that some sites (like mine) have a longer delay in sending and receiving messages than others. Each message is handed off automatically to every site in the world, like a huge, unpredictable chain letter. A message may reach a site on another continent before it shows up across town.

Finally, the posts started to filter in to my site. "I can't believe it!" one said. "I've been waiting forever for a James Taylor newsgroup." I read them all, deciding at that moment never to mention that I mainly created the group to see if it was as easy as it looked.

Don't ever post your home address to the group, I decided.

A hundred or so messages later, I realized that I'd started something much bigger than I'd planned. Users were posting from Germany and Japan, for God's sake. People started mentioning me by my first name like some kind of Founding Father. "This might make a good addition to the FAQ, Joel." The Frequently Asked Questions, he meant. "Er...yeah. I'll add that to the FAQ right away." Guess I'd better start writing the thing.

Every group has to have an FAQ, I'd learn. It's like the collective knowledge of the group, digested and encapsulated in true Internet style for easy reading. The name derives from its main purpose, which is to preempt the most common questions, and discourage repetitive discussion as new subscribers show up. After all, it doesn't take many posts asking, "Does anyone know when James Taylor's birthday is?" to annoy even the most helpful newsgroup veteran.

It's the FAQ-maintainer's job to collect every bit of information about the subject being discussed, and compile it into one or sometimes many documents - which are periodically posted to the home newsgroup and other FAQ-specific groups, like news.answers and rec.answers.

I realized I was assumed to be an expert on James Taylor, so for the first version of the FAQ, some research was in order. There wasn't much on the Net except some lyrics files, which I grabbed and posted to the group. A quick search in the not-yet-obsolete city library turned up plenty of information, though, and it all went into the alt.music.james-taylor FAQ version 1.0.

That first version ran about 10 pages.

A few months later someone posted a query about the kind of microphones used in the shows recorded for a recent live album. The response came from a guy on Netcom who seemed to know quite a bit about the album in question. He described the brand of microphones used, and the locations of the concerts; he even went into detail about the mixing and editing process. His name looked familiar, so I checked my CD. There he was in the album credits. He had co-produced and mixed the album, and now he was posting to our group.

As the excitement wore off, I started looking around for some way to jazz up the group. I tried out NCSA Mosaic, and found myself hooked on the Web. After playing around for a couple hours I managed to set up a James Taylor home page. A little more playing, and I had links to lyrics files, album covers I'd scanned in, and sound samples of JT's guest appearance on The Simpsons. I posted the page's address, or URL (Uniform Resource Locator) to the group, and read the log of connections each night. The list of domains that had connected to the page actually made for good reading - I now know, for instance, that JT has at least one fan in Slovakia (.sk).

When you take a step back, creating a newsgroup is an amazing thing. Despite my lack of experience, I was able to carve out a small niche where like-minded people could come together - a feat that would have been all but impossible using traditional communication tools, which aren't nearly as conducive to small ideas. On the Internet, though, anyone with something to say can create his or her own soapbox and one hell of a megaphone.

The JT newsgroup is in its second year now, and I still get a kick out of it all. As long as my Internet access holds out, I'll keep updating the FAQ, expanding my Web pages, and waiting for email from James Taylor.